Our Mission and History

Our mission is supporting people with unique abilities to live as valued & contributing members of the community.

We are an organization that supports what matters to people with disabilities.

The Arc Greater Hudson Valley, NY was formed in January 2021 after two chapters of The Arc New York – The Arc Sullivan-Orange Counties and The Arc of Dutchess unified into one organization. Under the leadership of Executive Director Ric Schwartz, the organization supports over 2,000 individuals across three counties.

The Arc New York, a chapter of The Arc of the US, represents the largest and strongest advocacy group for individuals with disabilities in the nation and today represents 48 chapters across the State. Visit The Arc NY website to learn more. 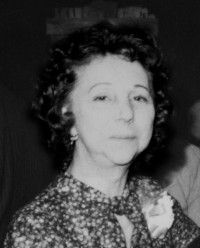 Learn about The Arc Sullivan-Orange Counties:

Founded in 1949, The AHRC (Association for the Help of Retarded Children) was created by a group of impassioned parents in New York City who were concerned about the lack of educational and social alternatives to public school education for their intellectually disabled children. Sullivan County AHRC was one of the first four chapters formed, along with Westchester, Long Island and New York City. Ruth Bennett, a strong and inspirational leader, was the founder of our Sullivan County chapter. A few years later, in 1954, the Orange County AHRC was formed. Both organizations became chapters of NYSARC - along with chapters in each county in New York State - now known as The Arc New York. In 2019, the two agencies united together to form one organization - The Arc Sullivan-Orange Counties, NY.

Learn about The Arc of Dutchess:

The Arc of Dutchess was founded in 1971 after a group of local special education teachers led by Catherine “Kay” Seeberger saw a bleak future facing their graduating students. This band of advocates, along with a group of determined parents, took the first steps toward the creation of The Arc of Dutchess as a means to open doors to a brighter future for people with intellectual and developmental disabilities.

Born from the legacy of Dutchess County’s Little Red Schoolhouse, a small vocational program of about 15 young adults, The Arc of Dutchess developed into one of the largest providers of support to people with intellectual and developmental disabilities and their families in Dutchess County.